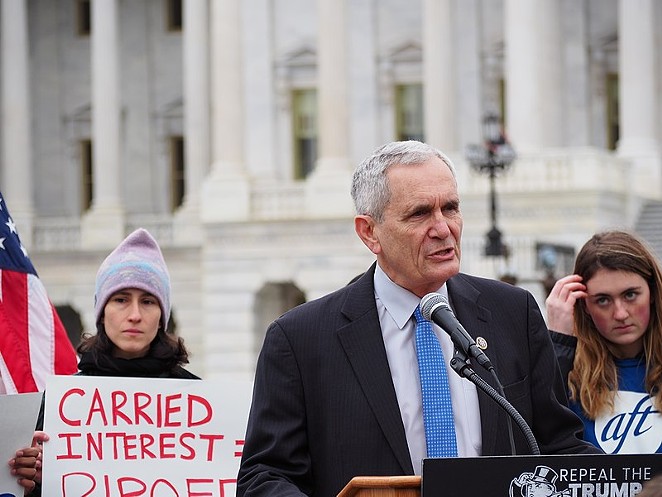 Democratic U.S. Rep. Lloyd Doggett is sounding the alarm about the number of evacuees federal officials are sending to quarantine in San Antonio as they seek to contain the COVID-19 virus.

In an emailed statement, the San Antonio-Austin congressman also questioned why the feds hadn’t pre-tested the people being sent to Joint Base San Antonio-Lackland so those with positive results could remain in California.

On Tuesday night, 98 people extracted from the Grand Princess cruise ship arrived for quarantine at Joint Base San Antonio-Lackland. Of those, 91 are Texas residents. A second planeload expected Wednesday could bring as many as 120 more, according to an Express-News report.

“Given the way the Trump Administration has continually mishandled this, nothing will surprise me,” Doggett said. “I have been previously advised that Lackland capacity is limited to 271 rooms, but that these can be shared by couples. It is unclear whether we are being sent more people than Lackland can accommodate.”

He added: “It is very clear that all of these people could have been tested in California, so that we would already know how many are positive, but the Trump Administration deliberately chose not to do so.”

Fellow Democratic Congressman Joaquin Castro, whose district includes the base, also issued a statement expressing concern the feds aren’t doing enough to assist local officials in dealing with the quarantine.

“It is fitting that Texans help Texans, but I am still concerned about the lack of federal support San Antonio is receiving while still fighting at the frontlines of this crisis,” he added.

Castro outlined a series of priorities he expects from the federal government: that all evacuees fly in and out of Lackland, that CDC provide medical procedures in writing to local officials, that top federal officials coordinate with local authorities, that the Department of Defense affirm that people who test positive for COVID-19 but don’t require hospitalization will remain on base. He also requested additional COVID-19 test kits for San Antonio.

The new evacuees arrive after Air Force officials announced Tuesday that the base won’t allow guests on site for large gatherings, including graduation exercises.