Christian Pulisic has targeted Chelsea’s Premier League clash with Manchester United for his return to action.

The £58million signing from Borussia Dortmund has been missed since picking up a thigh injury at the start of January which has kept him on the sidelines for five weeks.

The 21-year old was in the stands for Saturday’s 2-2 draw with Leicester City but returned to training at the end of last week and believes he will be fit for selection when Chelsea face United after the winter break on Monday, February 17. 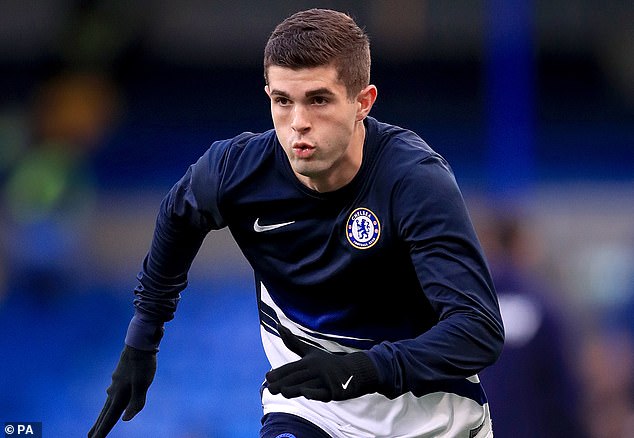 Lampard said after Saturday’s 2-2 draw at Leicester: ‘The break might have come at a good time because it buys us a couple of weeks.

‘I won’t have an answer [on when Pulisic can return] until we’re back training.

‘He’s a quality player and was having a really good patch pre-Christmas. Others have to stand up too but of course we’ll be happy to have him back.’ 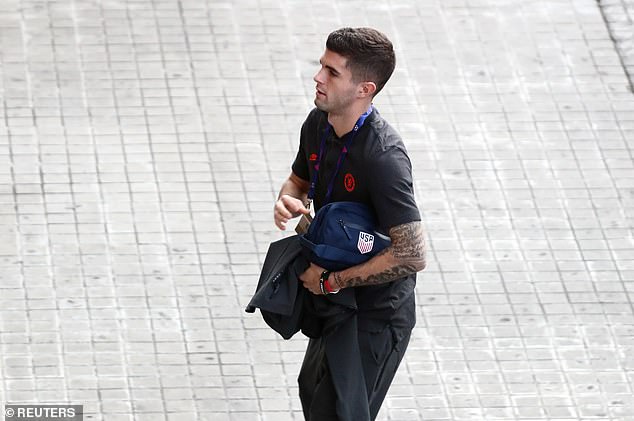