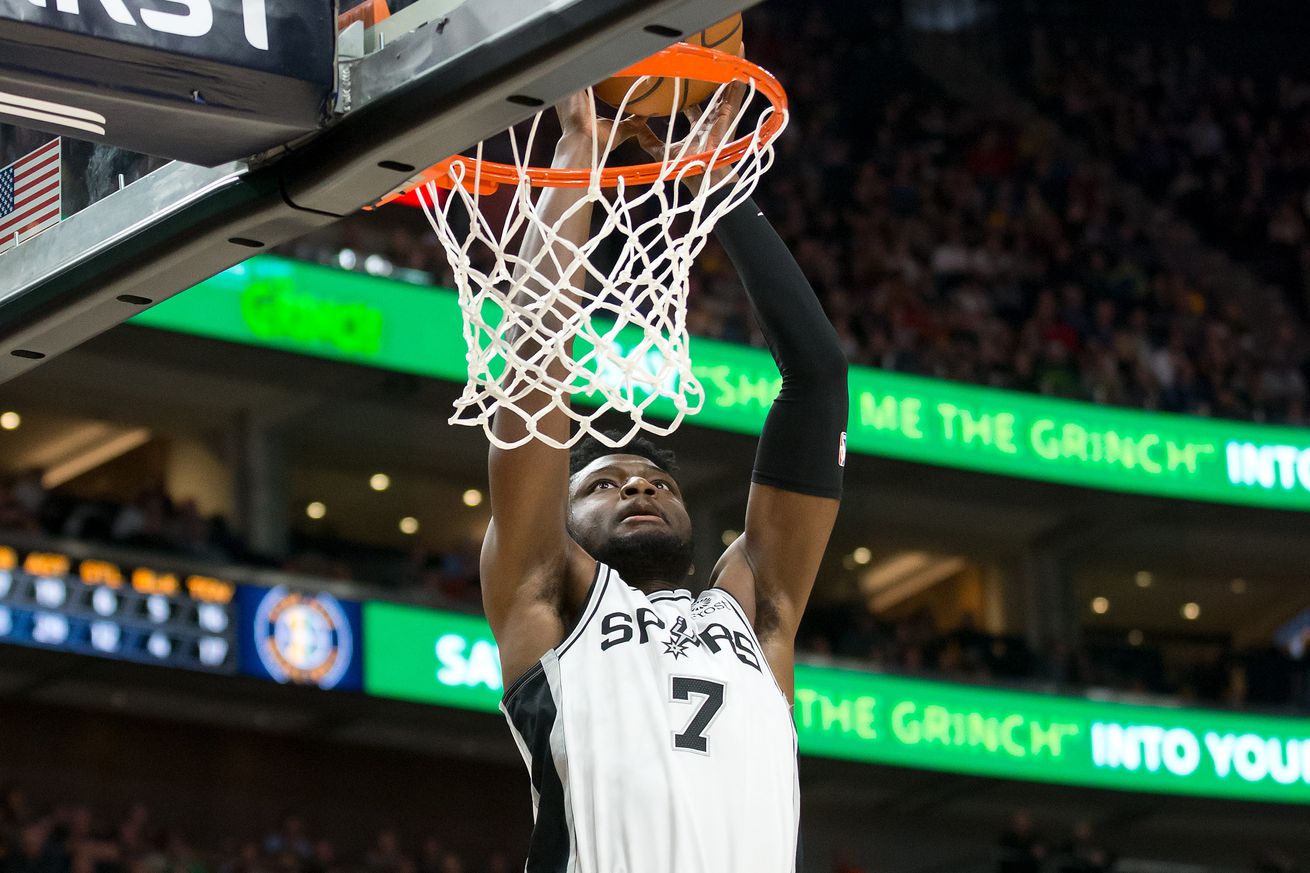 The Spurs homestand is allowing Metu to get some much-needed playing time in Austin.

2018 second-round draft pick Chimezie Metu surprised many by earning a three-year contract with the Spurs prior to training camp, making him the first second-round pick to immediately sign with them since DeJuan Blair in 2009. Obviously, the Spurs saw enough future potential that they didn’t want to risk losing him to make the somewhat unprecedented move (for them).

While the goal was likely for him to spend the majority of this season developing in Austin, he has ended up spending most of his time in San Antonio largely due to the onslaught of injuries, especially to Pau Gasol (who Pop still expects will out for “a while” despite recently returning to light on-court activities).

While it has been a good opportunity for Metu to watch and learn from his Spurs teammates, he hasn’t gotten much action outside of garbage time, and the Spurs’ travel-heavy schedule hasn’t given him many opportunities to head to Austin between games.

However, now that they are in the midst of a six-game homestand, he has finally gotten some time in Austin, and he looked pretty good in a 118-116 win over the Iowa Wolves last night (ignoring the fact that they nearly blew a 22-point, fourth-quarter lead), scoring 21 points on 9-15 shooting in 29 minutes.

He also had 3 blocks, but if there’s something to nitpick about it’s just 2 rebounds to 5 turnovers, several of which came on careless passing.

Lonnie Walker IV also put up 16 points in a game where eight players scored in double figures for the Spurs. You can watch the entire game condensed into 18 minutes below, and if you are specifically looking for Walker, his highlight-worthy plays start at the 0:20, 1:02, 3:54, 4:45, 9:30, 10:12, and 11:45 marks. (Hat-tip to andyprough for the condensed game idea when highlights are lacking.)