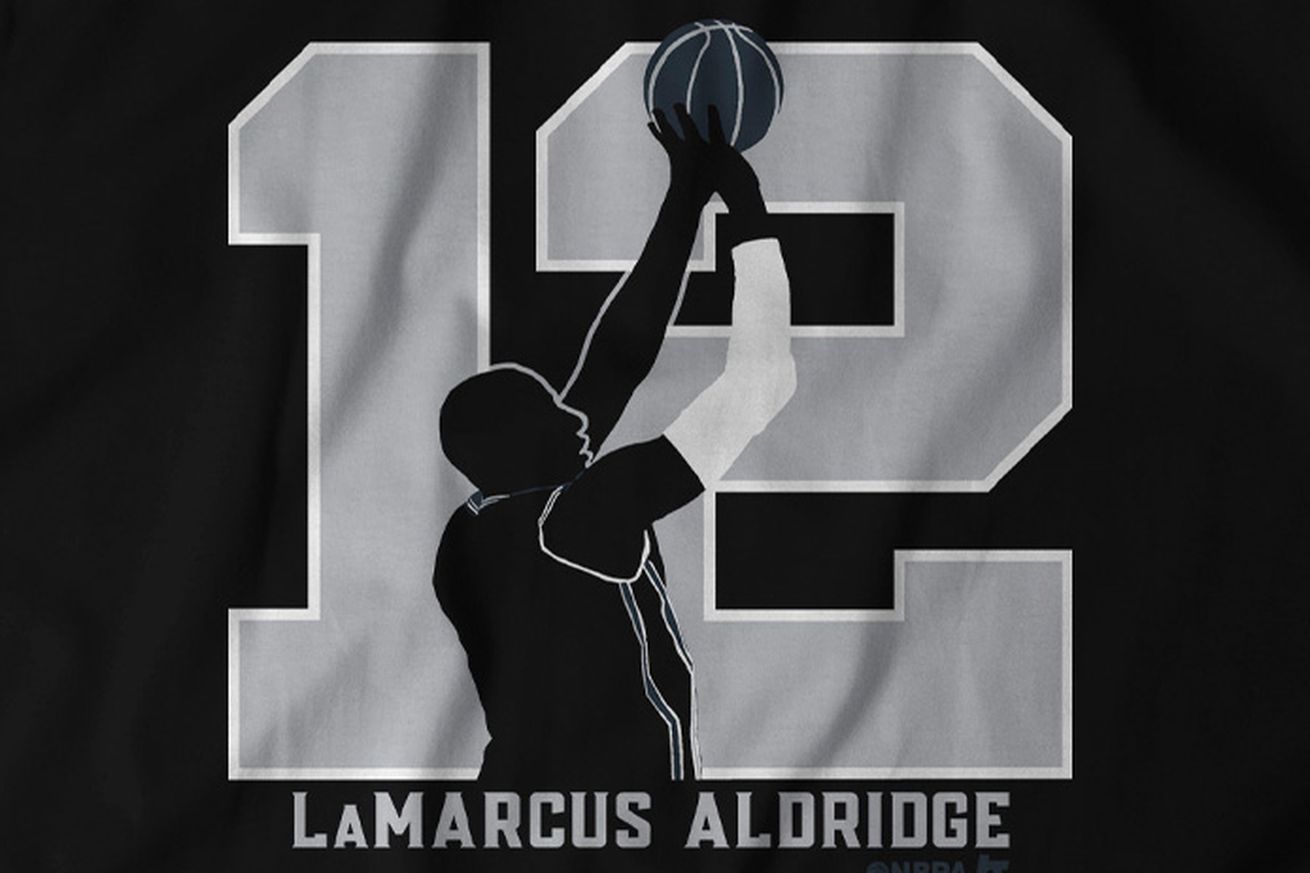 Offering a tribute to LMA for the work he has put in.

After carrying the Spurs for stretches of the 2018-19 season LaMarcus Aldridge dropped 34 points in the finale against the Dallas Mavericks, locking the good guys into the 7th seed in the playoffs. Since joining San Antonio, LMA has been a rock for San Antonio, and this season is arguably his best in the Silver & Black.

Which means it’s time for us to commemorate his excellent performance with some fresh gear heading into the playoffs.

We have once again partnered with BreakingT to bring you this LMA-12 T-shirt which features a silver “12” on black with a silhouette of him shooting one of his immediately recognizable jumpers.

All of BreakingT’s shirts are super soft, and last nearly forever. If you’re between sizes, go with the larger of the two. In case you don’t know, a portion of the profits come to me, which is the kind of thing that Mrs. Wilco uses to rationalize letting me spend so much time running PtR.