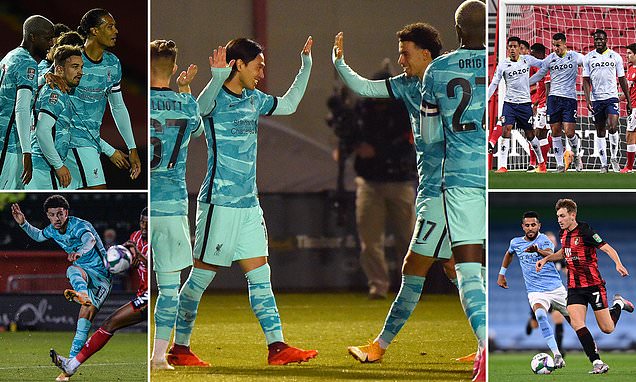 Another night of Carabao Cup action brings another opportunity for a giant killing and none would be more shocking than if League One minnows Lincoln City could spring an upset against the Premier League champions Liverpool.

Jurgen Klopp’s men have made a perfect start to the season but could rest some of their star players as they travel to the LNER Stadium tonight with a place in the fourth-round up for grabs.

Sportsmail are on hand to take you through all the action from Liverpool’s game at Lincoln, plus bring you live score updates from the other two Carabao Cup third-round ties.