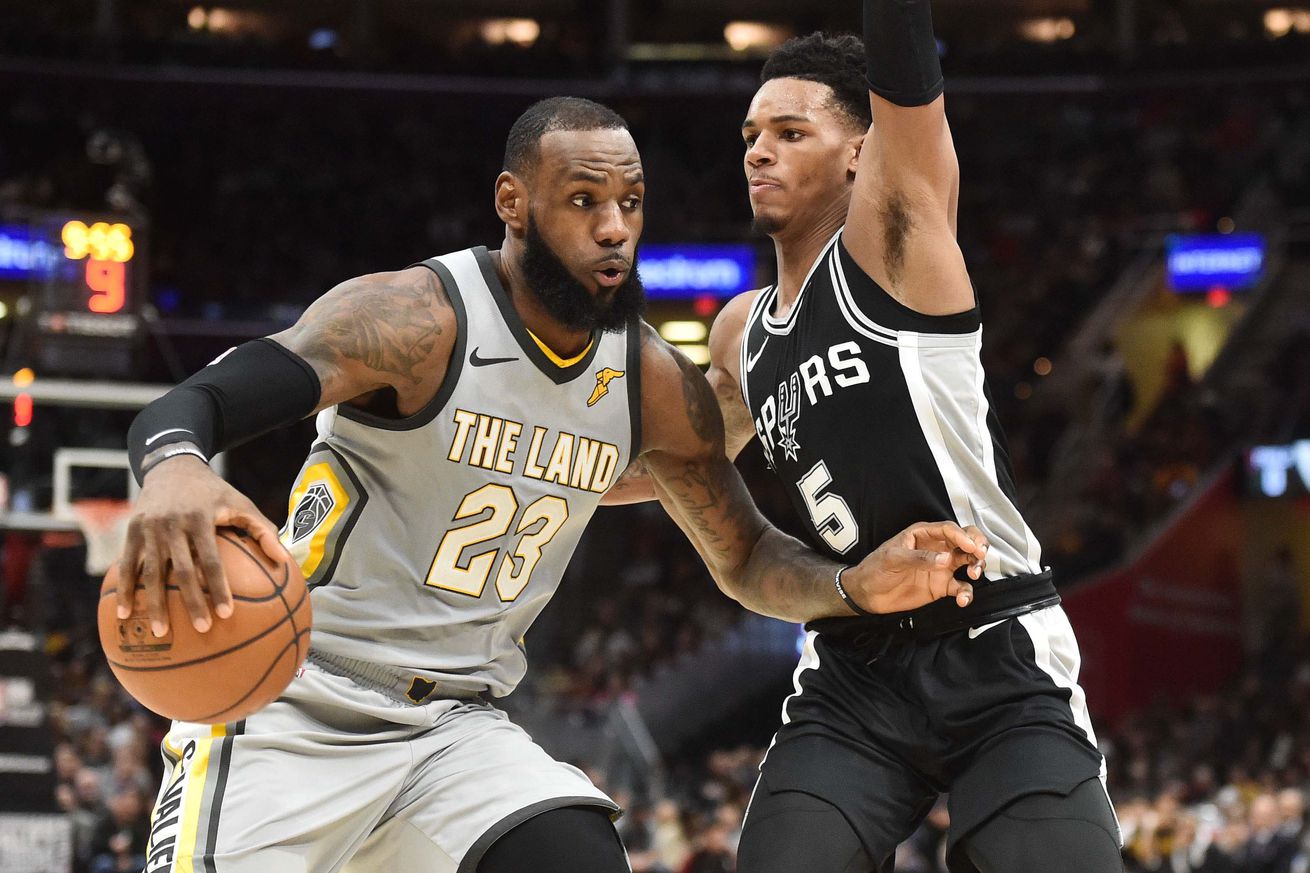 It boils down to basic math.

Word is Gregg Popovich and the Spurs would like an audience with likely free agent-to-be LeBron James, and there’s all the reason to think he would grant one given his respect for the coach and organization and the chance at a championship they could offer.

Such rumors are thought to be unquantifiable by the common outsider like you or me. Within a player’s mind, you have a storm of variables that, in the end, lead to nothing more than a binary decision — he either chooses to sign with your favorite team, or he doesn’t — but within that gray area it’s easy for fans to let their own whimsy get the best of them. Just ask anyone who got caught up in 2016’s Ionassis Bourousis Fever.

If you’re like me, your worldview benefits from working with percentages, no matter how wrong they may be in the moment. With that in mind, I’ve developed a simple formula that’ll let you distill the possibility of #LBJ2SA to an actual number you can hang your hopes on. Consider it a calibration, a mental exercise, or just a chance to dust off your arithmetic skills. Either way, here it is.

Note 1: All numbers are to be input as decimals, greater than 0 and less than 1.0. So, if you think something has a 35% chance of happening, that should be represented as 0.35 in the formula.

Note 2: You can add other variables into the bottom parentheses (C…P) if you’d like, using the same format.

Note 3: Yes, I know how incredibly stupid this all is.

K1: Odds of the Kawhi Saga ending amicably. (Player and team are set to meet at some point before June 21st)

K2: Odds of Kawhi returning for next season with a clean bill of health. (Per the Express-News’ Jabari Young, a source claims he’s currently at “96. 96%”)

pp: Odds of the Spurs offloading Pau Gasol and Patty Mills’ contracts, both necessary to create the bulk of the cap room needed to sign LeBron.

C: Discount that you think fellow banana boat member Chris Paul is willing to give the team that signs him.

BBB: Odds LeBron is willing to play on the same team as Lonzo Ball and, thus, subject himself to the Ball family circus.

AR: Odds that LeBron would willingly play alongside Austin Rivers.

P: Odds the Sixers commit to the pursuit of LeBron and, through making space for him and, ideally, another star such as Paul George (or Kawhi), mortgage the fruits of the Process in order to win now.

st: Odds LeBron signs as a FA rather than wriggling his way to another team through an opt-in/sign and trade, a la Chris Paul in 2017. This is weighted more, due to the greater opportunities it would open up for him.

Let’s say I input the following:

There you go. According to the the numbers I chose, there is a 10.6875% chance that LeBron becomes a Spur. I feel better already. Now you try, and feel the crushing weight of doubt wilt away.