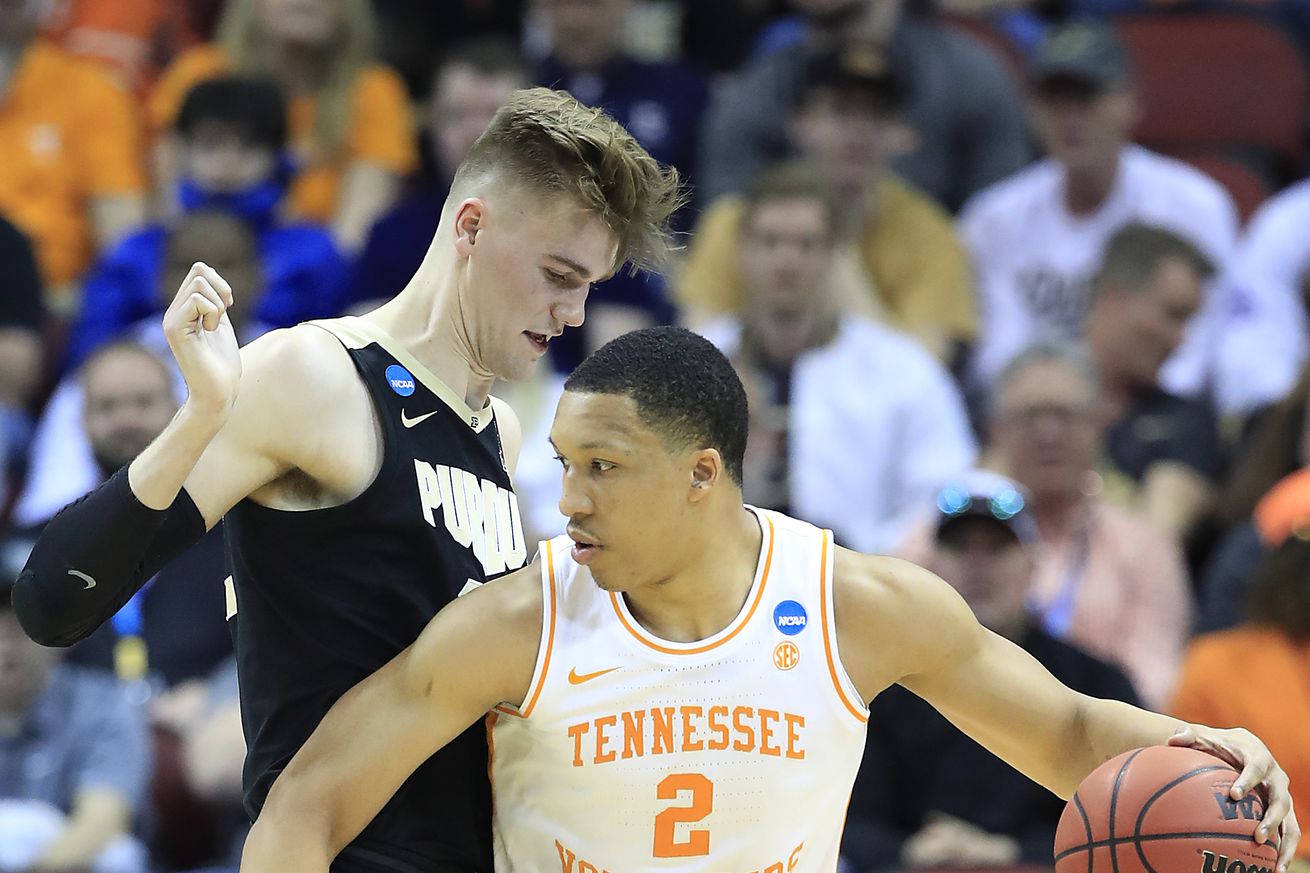 In SBNation’s annual mock draft, the Spurs used their 19th pick to select Tennessee’s Grant Williams, a guy who should be able to do a bit of everything.

The 2019 NBA Draft is this Thursday, which gives fans just a few more precious days to speculate, daydream and predict which coveted player their team might take. For the third year in a row, I got in on the fun by taking part in Ridiculous Upside’s annual, SBNation-wide mock draft, putting on my executive hat and selecting for the Spurs.

Even for SA this year’s event figures to be more exciting than usual, with the team owning its own first-rounder (19th overall) plus the 29th pick they received in the Kawhi deal (take that, Raptors!). Adding more intrigue is where the Spurs are as an organization, balancing a youth movement with a mind to improve and win in the near term. Might they move up or down in the draft, or package the pick in a bigger deal? While it’s still safer to lean ‘no’, it feels like the Spurs should be more amenable to a shake-up than what we’ve come to expect during the Popovich Era.

In this exercise, I ended up staying put, partly because the various fake trades that took place early on had my head spinning but mostly because I figured one of the prospects I liked would probably fall to me. And one did!

Here’s the rundown of what went down before the Spurs were on the clock:

At 19, I went with Tennessee forward Grant Williams, a player who was highly successful at the college level (he won SEC Player of the Year in consecutive seasons and was a First-Team All American last year) and whose well-rounded game should also translate to the NBA. You can read the whole justification I provided here, but to sum up: Grant fills a need at the forward spot, while also showing a number of on- and off-court factors that the organization values, including versatility on both sides of the ball. He’s also a high-character guy with a high basketball IQ, who I’ve seen likened to “Spurs-era Boris Diaw” and Draymond Green.

Williams’ height, length and build project him as a ‘tweener,’ but that’s a label that is becoming more as a feature than a bug in the current NBA, thanks to guys like Diaw and Green. I like his fit alongside San Antonio’s young core moving forward, but also think he could be playable as early as next season as a 4 alongside the two guys that should soak up most of the Spurs’ center minutes in LaMarcus Aldridge and Jakob Poeltl.

If you’re not familiar with Williams, here are some of his highlights from the last NCAA Tournament:

Realistically, Williams may very well be around for the Spurs at 19, but there are a number of other directions they can go depending on how things shake out, which should make Thursday fun. Stay tuned for a follow-up post on who I took with the 29th pick.

Blogger Mock Draft: The Spurs stay on brand with their 19th pick
Source: Pounding The Rock