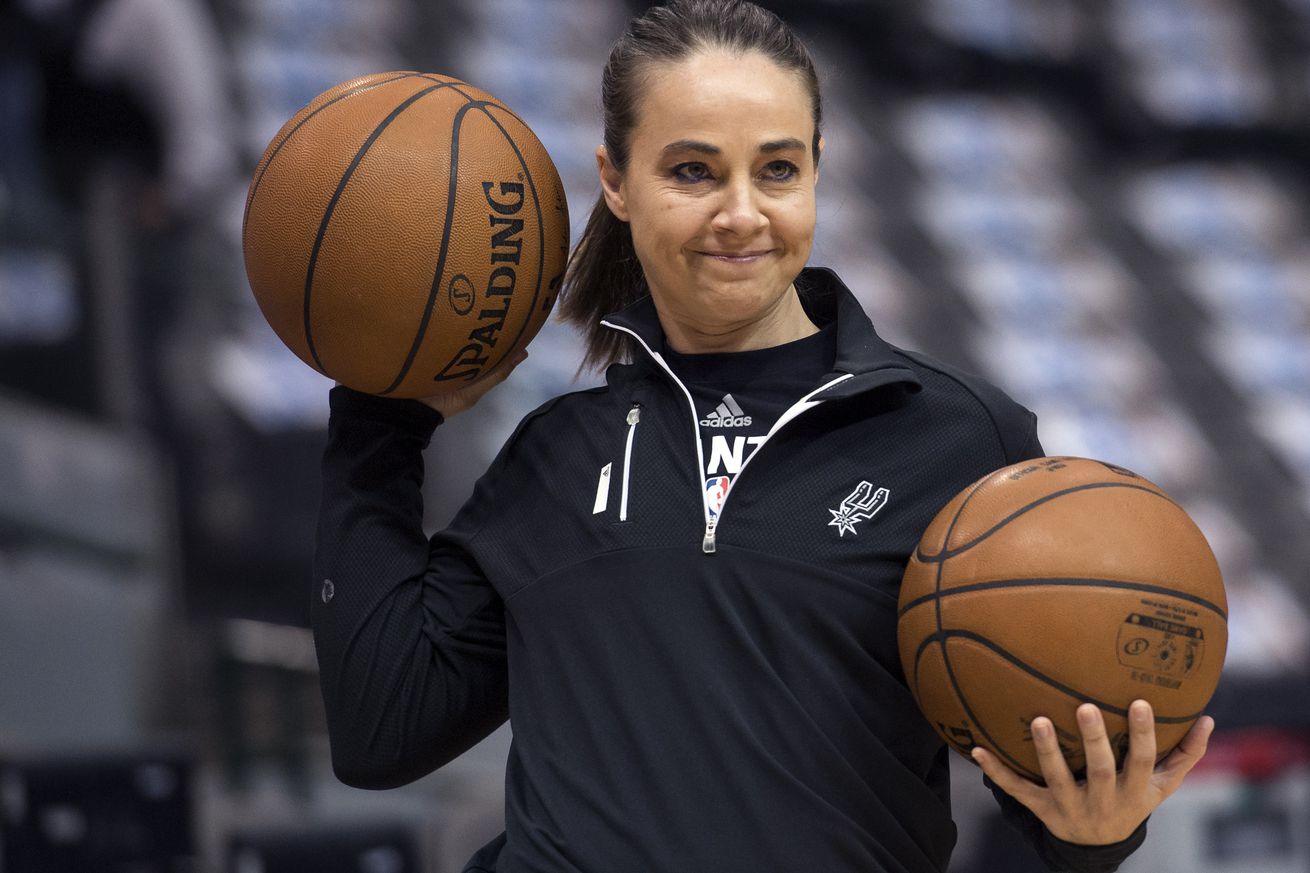 The Spurs assistant coach could be adding a new title to her impressive resume.

Basketball star Becky Hammon spent 15 seasons in the WNBA, 6 with the San Antonio Stars. The 2007 assist leader was a 6 time All-Star and was honored as one of the WNBA’s Top 15 Players of All Time.

Hammon’s list of achievements is long and impressive, including being named 2014’s ESPNW Woman of the Year. The Stars retired Hammon’s #25 on June 25, 2016. And for all of her on-court accomplishments, she has often been most noted for being hired as the first full-time female assistant coach in the NBA. Spurs head coach Gregg Popovich invited Hammon to join the Spurs on the sideline immediately after her retirement. Pop was impressed with her basketball IQ:

“...the fact that coach Popovich has this much respect for Becky’s basketball IQ, for how she handles herself with the guys in practice, her ability to relate to them, I’m sure he saw so much when she was working with them last fall…he hired her because she was the best person for the job,” said Nancy Lieberman (former WNBA and D-League head coach and current Sacramento Kings assistant coach).

Whether she is on the court or on the sidelines, Hammon is a class act. As a fan I had the opportunity to attend Hammon’s last two games. The first doubled as her retirement party and the final was her last WNBA playoff game. Hammon’s professionalism and personality both shined in a dignified ceremony bringing together her friends, family, and teammates. It was privilege to witness the festivities that celebrated her playing career.

Becky is again being honored this week for her time on the court as a point guard in New York and San Antonio with a nomination to be voted into the Naismith Basketball Hall of Fame.

Finalists will be announced at NBA All-Star weekend on Feb. 17 in Los Angeles. The entire class will be unveiled during the NCAA Final Four in San Antonio.

Congratulations to Becky Hammon on yet another distinction celebrating her storied career as a leader in the basketball world.

In completely unrelated news, I am performing tonight with my guitarist at a venue in San Antonio called The Pod. You can hear some of my music here. If you’re free, come have a burger and hang out before the Spurs take on the Sacramento Kings. I’ll be the one dressed like I’m going to the game even though I’ll just be watching it on TV.