The Emirates Stadium will be deep cleansed after Olympiacos owner Evangelos Marinakis confirmed he has contracted the coronavirus.

Four staff members and a small group of Arsenal first team players have been put into self isolation until Thursday night after postponement of their game at Manchester City.

The decision comes after Marinakis, who was at the Emirates Stadium 13 days ago for the Europa League tie between the two clubs, said he has been infected with Covid-19. 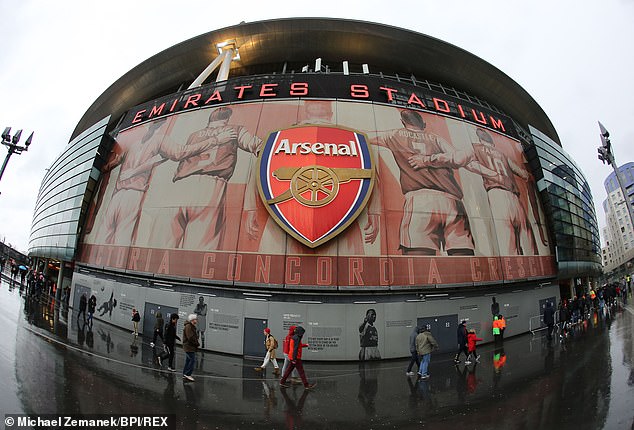 Marinakis was positioned in several parts of the stadium that night, including the boardroom, tunnel area and away dressing room.

And Arsenal have forked out to deep cleanse the stadium, though the club insist such action has been a regular occurrence since the coronavirus outbreak.

Sportsmail also understands that Arsenal officials will contact the hosts of all the tables in the boardroom, an area Marinakis was freely roaming that night, to inform them of the situation and to provide advice.

The Gunners are confident that the staff and players who have been self isolating will be given the all clear, with no-one showing any symptoms. 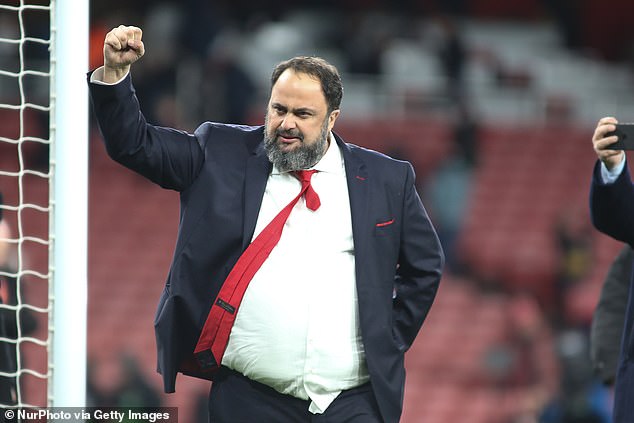 Those individuals in question have not been tested for the virus.

Anyone who came into contact or was within two metres of Marinakis for more than 15 minutes, including anyone sitting near to him at the directors’ box, have been advised to self-isolate.

It is understood Marinakis did not attend the traditional pre-match UEFA dinner the night before the game because he arrived on the day of the game.

But he did meet with Arsenal executives hours before the game and was in close contact with several people in the directors before and during the game.