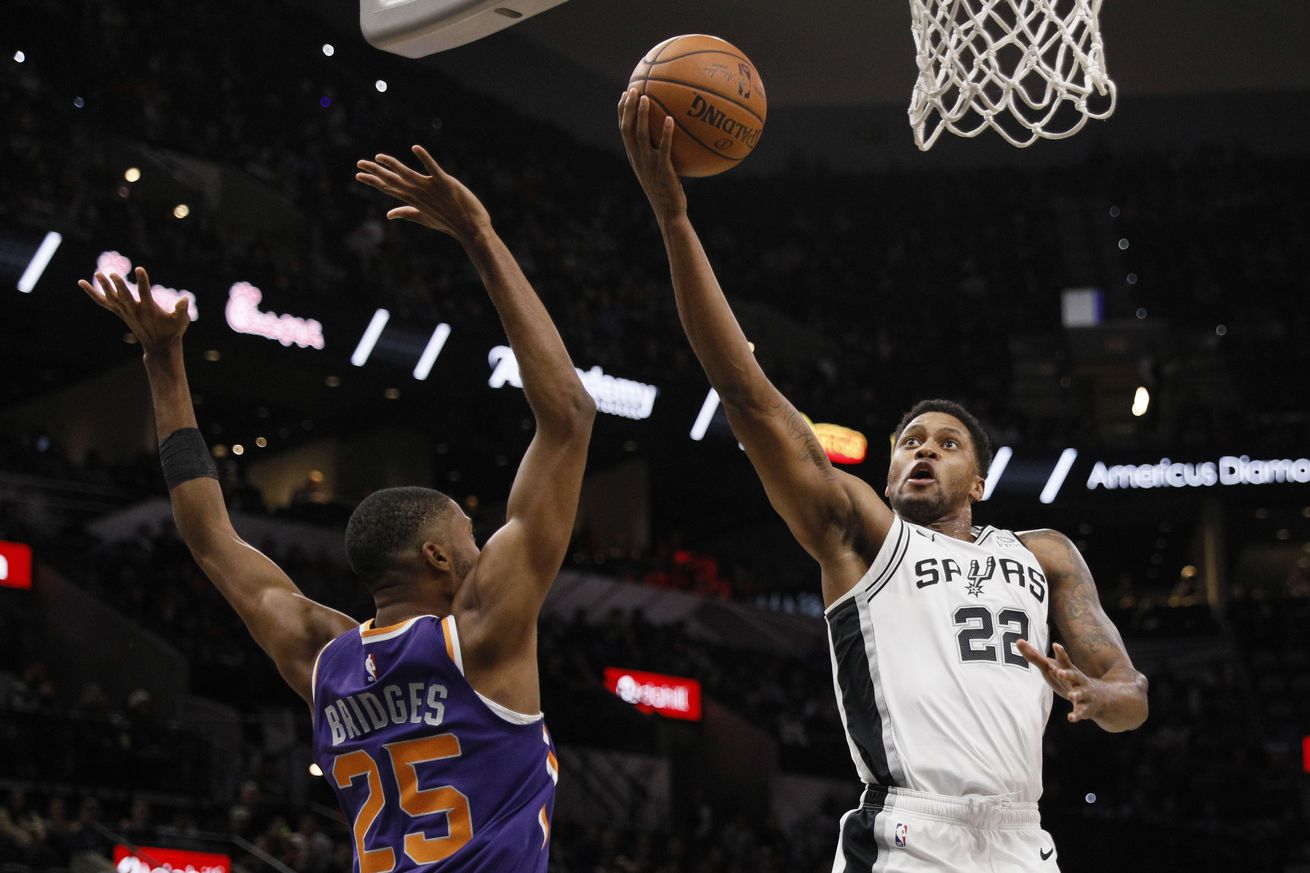 The Spurs won big last night but showed room for improvement with some focus-related lapses.

The Spurs took care of business against the Suns on Tuesday night, and now find themselves back at .500. After suffering through their worst November in recent memory, winning just 5 of 15 games, the team has pieced together 3 wins in a row as they head into a rematch with the 17-10 Clippers.

It’s tempting to see the victory over the Suns as a continuation of the Spurs return from the abyss that began against the Lakers a week ago. A 25-point margin should be indicative of dominant play, but that’s not necessarily the case. As Bruno Passos pointed out in the recap, the Suns “started three rookies, plus Josh Jackson and T.J. Warren and continue to build on their pole position for a top seed in the 2019 draft.”

This was never going to be much of a contest, assuming the Spurs brought even a modicum of competitive fire and focus. For much of the first half, though, that’s all they brought.

They had several breakdowns on relatively straight-forward switches.

This is a well designed set, and getting the defense out of position is the whole point of good offense, so the fact that the Suns scored on this play isn’t the issue. The issue is the switch Rudy Gay expected to happen with LaMarcus Aldridge when T.J. Warren cut towards the basket and Deandre Ayton stayed on the perimeter to set another screen.

That puts Rudy well behind Warren as he heads for the corner. Rudy calls for another switch, hoping that Bryn Forbes will jump out to cut off the passing lane or cover Warren in the corner. He does neither, and Mikal Bridges’ screen keeps him from challenging the shot.

The ball is the orange blur just above Bryn’s head. It’s almost halfway to Dragan Bender and nobody’s even looking in his direction.

Bridges sets up for a screen on Derrick White, then slips to the basket instead. Both Derrick and DeMar DeRozan follow him to the basket and neither makes any attempt to close out to De’Anthony Melton as he lines up a wide open three from the wing. It’s unclear who’s at fault, as we don’t know what the team’s expectations are, but as the Spurs were switching at the slightest hint of resistance for most of the night, Derrick probably should have popped out on Melton. That said, once DeMar sees Derrick following and denying the pass on the cut, he has to recover out to Melton, and he chooses not to.

If the Spurs put forth this kind of effort on defense against the Clippers on Thursday, they’ll get run out of the gym.

The poor execution wasn’t just a defensive issue. The Spurs looked out of sync and a step slow on the offensive end for much of the first half, too.

David Robinson in his prime might have gotten to that pass.

It wasn’t all bad, though. Rudy had a great block that he turned into a finger roll in transition, reminiscent of a play he made against the Rockets last year, though somewhat less emphatic.

And Bryn had himself a night, going for 24 points on just 14 shots and adding 11 rebounds for what was his first ever double-double.

But the highlight of his night wasn’t the threes, finishing in the lane, or his near-miss on a dunk, it was saving himself some money on future dental work on this tipped pass.

Look at those reflexes. Bryn’s reaction says it all.

Jokes aside, the team has a tendency to play up or down to the level of their competition, while occasionally mailing in a game (or three). They can’t afford to let their guard down like this, though. It builds bad habits while piling up unnecessary minutes on their starters and takes away from the run their bench could and should be getting. Fortunately that wasn’t the case last night as Gay, DeRozan and Aldridge all played under 26 minutes (none in the fourth quarter), but that hasn’t usually been the case for the Spurs this season.

They’ll need to bring much better focus and effort into their next game, or their brief stint at .500 will end as soon as it’s begun.