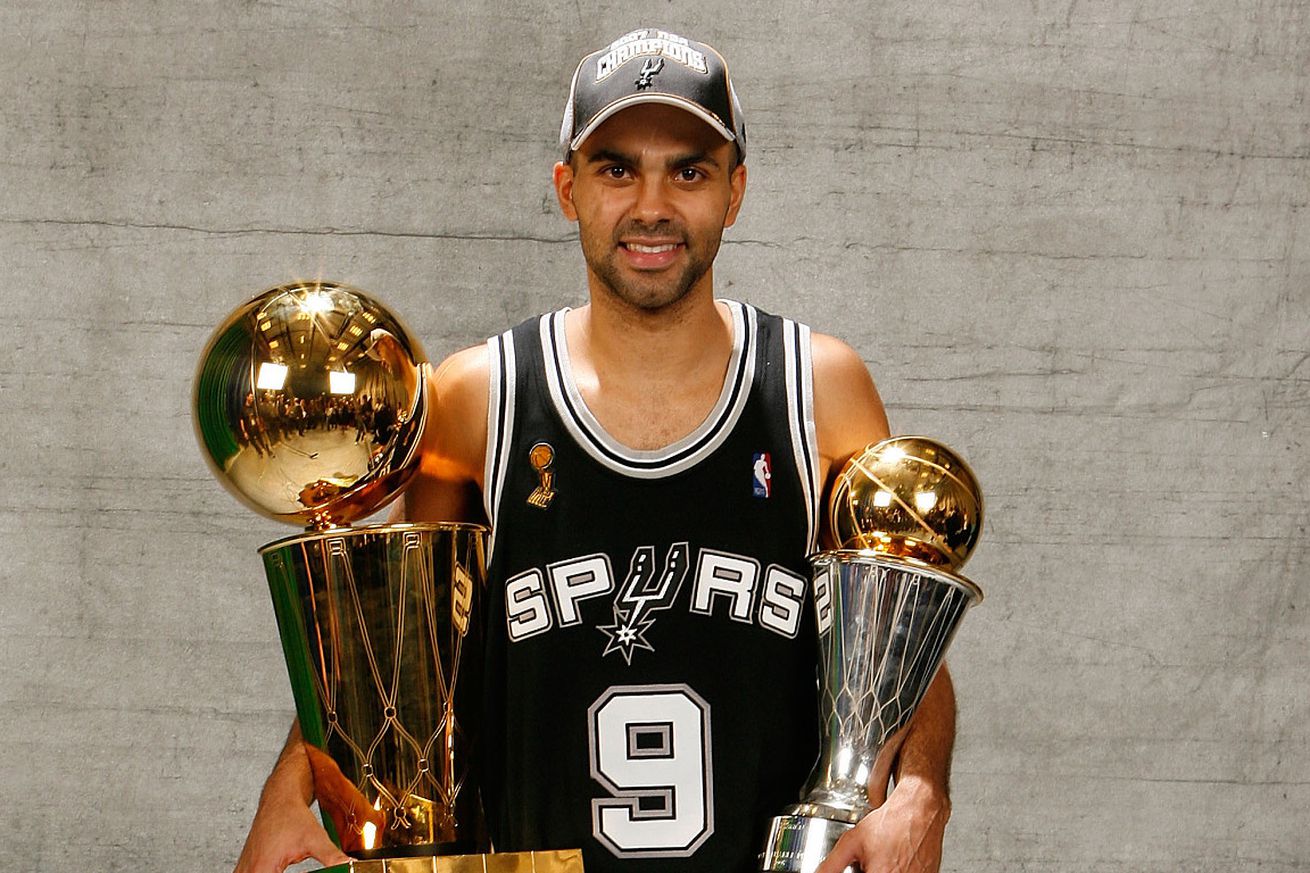 It feels past due to show TP some real Spurs love.

When Spurs legend Tony Parker announced his retirement last week, it came at an awkward time. It was during a heavy news cycle, both for the NBA — Game 5 of the NBA Finals was that night — and oddly the Spurs as it was almost simultaneously reported that head assistant coach Ettore Messina was in negotiations with Milan (whom he would ultimately join), something that had a much larger impact on the Spurs as they stand today.

Now that the Finals are over, the news cycle has slowed, and the NBA Draft is still a couple of days away, it feels like a good time to really go back show some appreciation for Tony. He hasn’t received quite the same attention Tim Duncan and Manu Ginobili did when they announced their retirements, but there are reasons for that.

As was discussed in the most recent In the Bonus, him leaving the Spurs for the final season of his career doesn’t hurt his legacy with them, but it did result in most fans mourning his departure a year early and therefore having less reaction to his retirement announcement. (Not to mention he all but gave a heads-up a few weeks prior.) His early departure also meant that unlike Tim and Manu, there was no direct impact to the Spurs’ on-court product when he retired, diluting the reaction even more.

All these factors combined has continued to add on to his legacy as possibly the least-appreciated of the Big 3. Despite his leadership qualities and unselfishness both in contract negotiations and on the court, he was just a little less Spursy than his star counterparts. He had more of a celebrity status and wasn’t afraid to enjoy it, making him a little less relatable to fans than the more down-to-earth Tim and Manu.

Still, he carried the mantle of the Spurs’ best player for several seasons and likely would have won a second Finals MVP in 2013 if not for an unfortunate sequence of events that don’t need rehashing. He then willingly stepped aside for another Spur to presume that mantle, but only after playing a huge role in revolutionizing the Spurs offense.

Manu tends to get the most credit for forcing Gregg Popovich to loosen the reigns on his system and allow players like Manu “to be Manu”, but Tony played vital a role in Pop’s transformation as well. He probably endured more lashings than any other player when he made mistakes, but he took them to heart and learned from it. Once Pop learned to trust him and let him do his thing of driving to the basket for floaters, his patented tear drop, reverse lay-ups, or kick-outs, he helped lead the evolution from the “Boring Spurs” to the “Beautiful Game Spurs”.

He transformed himself from a skinny 19-year-old with no jump shot to a side-stepping, mid-range master once defenders started respecting his driving ability and forced him to pull up. He had the will and competitive nature take over any game on offense without needing anyone to set him up, easily turning himself into the Spurs’ greatest point guard of all time.

Unfortunately, that all came to a screeching halt when he suffered a ruptured quad during the 2017 postseason. It was the first major injury of his career, and while he worked hard to return early and help a depleted Spurs squad just six months later, it was obvious he wasn’t the same player anymore. He would eventually do the Spursy thing once again and give up his starting job to Dejounte Murray, but that was ultimately the beginning of the end of Tony’s time as a Spur. It was not the way anyone saw him going out, but it ultimately worked out well enough for both sides. He got playing time in his final season in the NBA, and the Spurs got to develop more young players for the future even with Murray out for the season.

So while we wait for Tony’s jersey to rise to the rafters to join his fellow Big 3 in Spurs lore for all eternity, here’s a look back at some of the greatest plays and moments of his career. Once again, Merci Tony! There will always be a place for you here in San Antonio and Spurs fans’ hearts.

If you have anymore highlights or moments regarding Tony that needs remembering, feel free to share in the comments below.

Appreciating what Tony Parker means to the Spurs
Source: Pounding The Rock