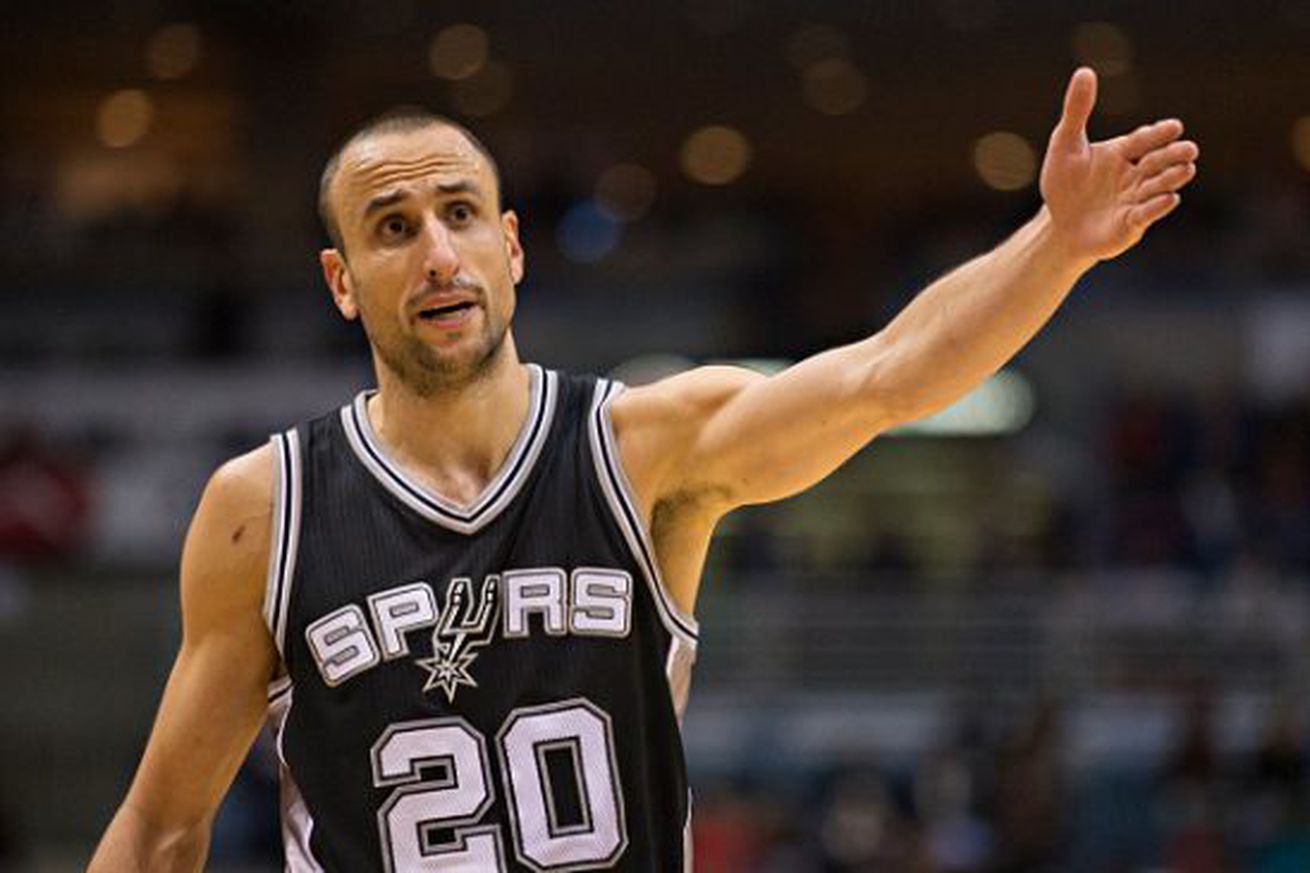 With an extra day of rest, Manu Ginobili came back and gave an exhilarating effort.

After NBA Commissioner Adam Silver’s memo to the Governors (Owners) on Monday requesting that they take an active role in deciding whether players miss games for rest, it did not take long for Coach Gregg Popovich to respond. At the pregame presser Tuesday in Minneapolis prior to their scheduled game against the Minnesota Timberwolves, Coach Popovich had this to say: “I will continue to make those decisions”. He continued, “The league has to understand that the science of what we do is a whole lot more sophisticated than it used to be, and we definitely have added years to people playing”.

As an example, Popovich pointed out how he treats Manu Ginobili, age 39. “Manu does not play back-to-backs,” Popovich said. “It’s just the smart thing to do, or we lose a player.”

Keying in on Coach Popovich’s referenced player, we find that Manu played a total of 19 minutes and scored 11 points against the Timberwolves. He hit four of seven overall and one three from beyond the arc, but that is only part of the story. Not only did he tie for a team leading 3 steals, he also finished the night with only one turnover and had a team leading +13 in the Plus/Minus column.

Here are some of the highlights showing how Manu “put in a night of work”.

#1 This is the hustle play of the night for Manu as Jonathon Simmons attempts a three but comes up a little long in the endeavor. With four Wolves under the basket, Manu jumps as if he is on a trampoline and swats the ball back to Patty, who picks up the ball and drains a three.

#2 As Manu receives a pass from Patty Mills, he notices all other team members are being closely guarded. This leaves a one-on-one opportunity for Manu, who aggressively moves in, takes and makes one of his famous step back jump shots, showing he is still able to create at age 39.

#3 On this play LaMarcus Aldridge drives in for a lay up but the shot is blocked by Karl – Anthony Towns. The ball comes to Manu who immediately makes a great pass to Danny Green for the lay in. My question is: how in world did Manu think that fast?

#4 Towards the end of the game with the Spurs leading by 5, defense is imperative and experience is key as we see Manu staying with his man through the Wolves screen. The screen man never gets set and Manu never stops moving, resulting in an offensive foul and lost possession for the Wolves. Stay seated as long as you want Manu…you deserve it.

#5 On this final inbound play, we notice an unusual Spurs set up with Manu and Patty close together along the baseline. Kawhi and LaMarcus move away, showing separation. The Wolves chose to put two men on the inbound man, Pau. Motion begins with Manu taking off and curling around to the right leaving himself plenty of room to receive the inbound. The Wolves foul and Manu would go on and sink both foul shots, locking up the game.

The Spurs finished with the last 8 points of the game, showing the importance of experience, knowledge and execution. Was Manu a big part of the win? Yes. Could the Spurs have won without him? I don’t even want to go there.