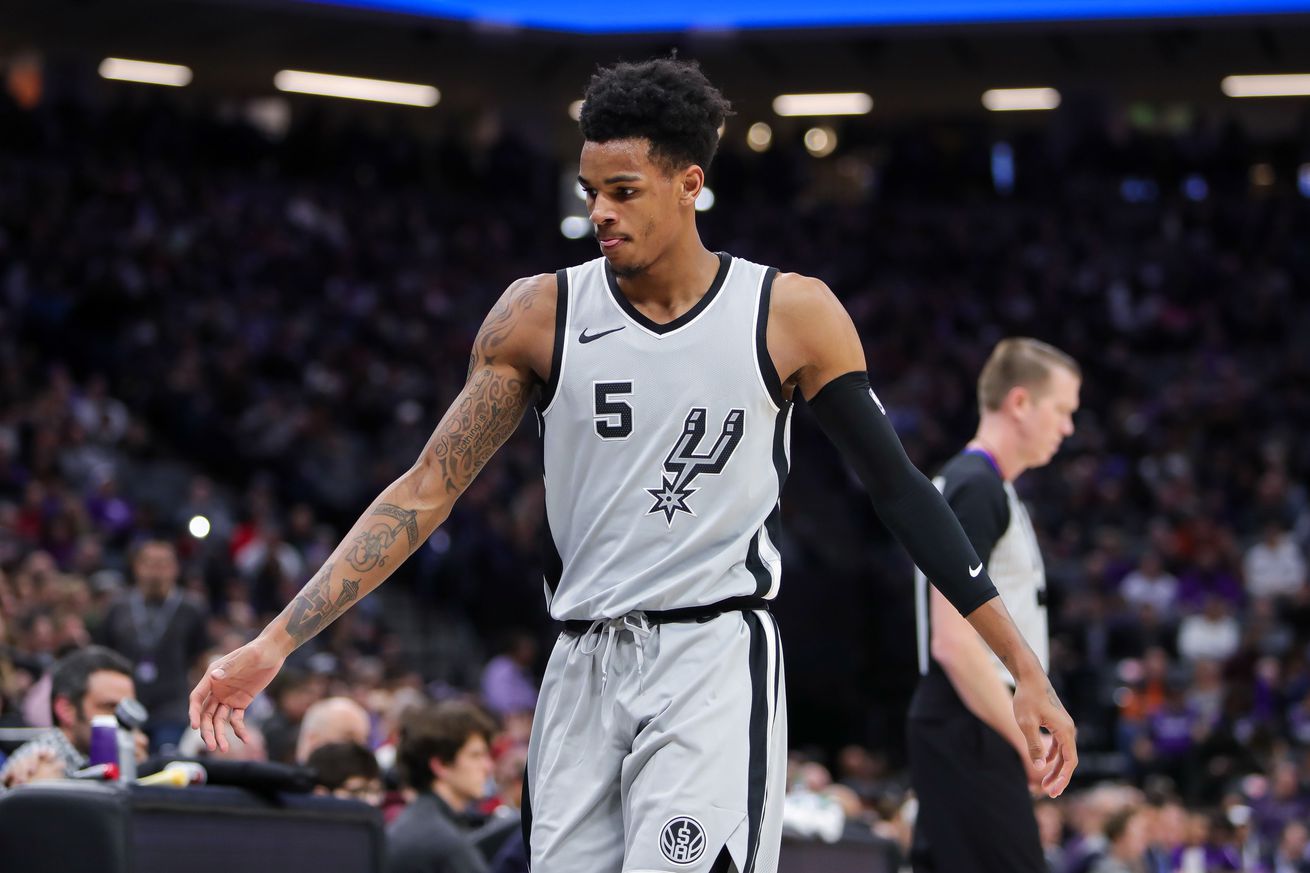 Murray has had some of the best mentors any player could hope for. If he learned the right lessons, he’ll be ready for this new chapter in his career.

Mentors matter in the NBA. Teams in the middle of youth movements spend on veterans so that their future cornerstones can learn the right habits from them. When a star takes a youngster under his wing, it’s supposed to mean something. The league believes there’s value in having good role models.

Few players have had as many excellent teachers as Dejounte Murray. All throughout his career he has been surrounded by some of the best mentors any player could have asked for, which clearly helped him make the transition from raw prospect to pro. The right people have metaphorically held his hand up to this point.

As he enters a crucial third season, we are about to find out if he’s learned the right lessons to face a new stage of his career in which he’ll have to lean more on himself than he ever has.

Any discussion about Dejounte’s basketball mentors has to start with Jamal Crawford, who has become a pillar of the Seattle basketball community, of which Murray’s a part. He’s known for taking hoopers from the area under his wing, and he definitely did so with Murray. Dejounte was in the sixth grade when he met Crawford and the two have been close ever since, with Murray crediting his first mentor for helping him remained focused on basketball. They stayed in contact throughout Murray’s entire basketball journey, with Crawford advising him along the way. He guided Murray along the path to become an NBA player.

For most young NBA players that are not predestined for superstardom, someone like Crawford would be their highest profile mentor. Dejounte is luckier than most, since he also has a close relationship with non other than LeBron James, dating back to Murray’s high school days. The bond deepened when Murray signed with James’ agent, Rich Paul, yet this is by all accounts more than a business relationship. Murray calls Lebron his “big brother” and the two have mentioned that they talk almost daily. James was one of the first calls a dejected Murray got when he was drafted later than he hoped. LeBron helped Dejounte figure out how to be a pro.

Once he got to San Antonio, Murray got to learn the position from Tony Parker, who came into the league as raw as he did. Murray wasn’t thrown into the fire as quickly as Parker was, but similarly had to learn how to show poise early in his career. Tony surely helped him there as much as he helped him on his game. Then came Parker’s final lesson, a crash course on “the Spurs way” that included willingly and happily ceding the starting position to his understudy. Dejounte has expressed nothing but gratitude to the guy that not only showed him how to be a point guard, but how to be a Spurs point guard.

Finally, Murray has gotten to play under Gregg Popovich, arguably the best coach in NBA history. Pop was patient with Dejounte, who was not supposed to be a one-and-done player. Had he landed elsewhere he might have been asked to do too much, too early, and washed out of the league when he couldn’t deliver. Instead, Pop brought him along slowly, encouraging him to focus on defense. Two years in under his tutelage, Murray made an All-Defensive team, something no one would have predicted while watching him offer intermittent effort in college on that end. Pop got him to figure out what his strengths were and play to them, in order to help his team.

Murray really has been blessed with the best role models any young player could ask. He learned the lessons he absolutely had to learn to get to this point. The question is whether he’s now mature enough to make the leap that is now expected of him without being able to rely as much on the people that helped him get this far. Crawford might be finally out of the league. LeBron has a whole team of young guys to mentor now. Tony Parker is now in Charlotte. Pop has a new star to integrate to the team and a bunch of other young players with no experience in the system to mold. Murray will have a couple of All-NBAers to learn from, but he’ll have to do it while facing a pressure to produce he’s never encoutered before.

It’s simply Dejounte’s time to become a veteran, whether he’s ready or not. The Spurs clearly think he is. They have showed almost an unprecedented amount of confidence in him, considering his modest production, which suggests they believe his mental toughness and maturity are not simply a result of his environment but inherent traits of his character. Teachers only matter if the student is willing to listen and learn, after all. Murray has been worthy of the attentions he’s received from his mentors by taking advantage of their lessons and seizing the opportunities to improve that have come his way. This summer appears to have been no different. He’s putting in the work, like he always has. He seems ready for the next chapter of his career.

Next season will be a crucial one for the Spurs, as they attempt to remain relevant following Kawhi Leonard’s exit. It will also be arguably the most challenging year in Dejounte Murray’s professional life. The kid that everyone calls “Baby Boy” will be expected to transition into NBA adulthood, perhaps a little earlier than expected.

Part of growing up is facing new and more complex challenges without leaning on the teachers and mentors that guided us through our younger days. If they’ve done their job right, that transition shouldn’t be too painful. Surely they will all be watching with bated breath to see if the lessons they instilled have taken root.

Dejounte Murray will have yet another chance to make anyone who helped him get to this point even prouder. If history is any indication, he’ll do just that.