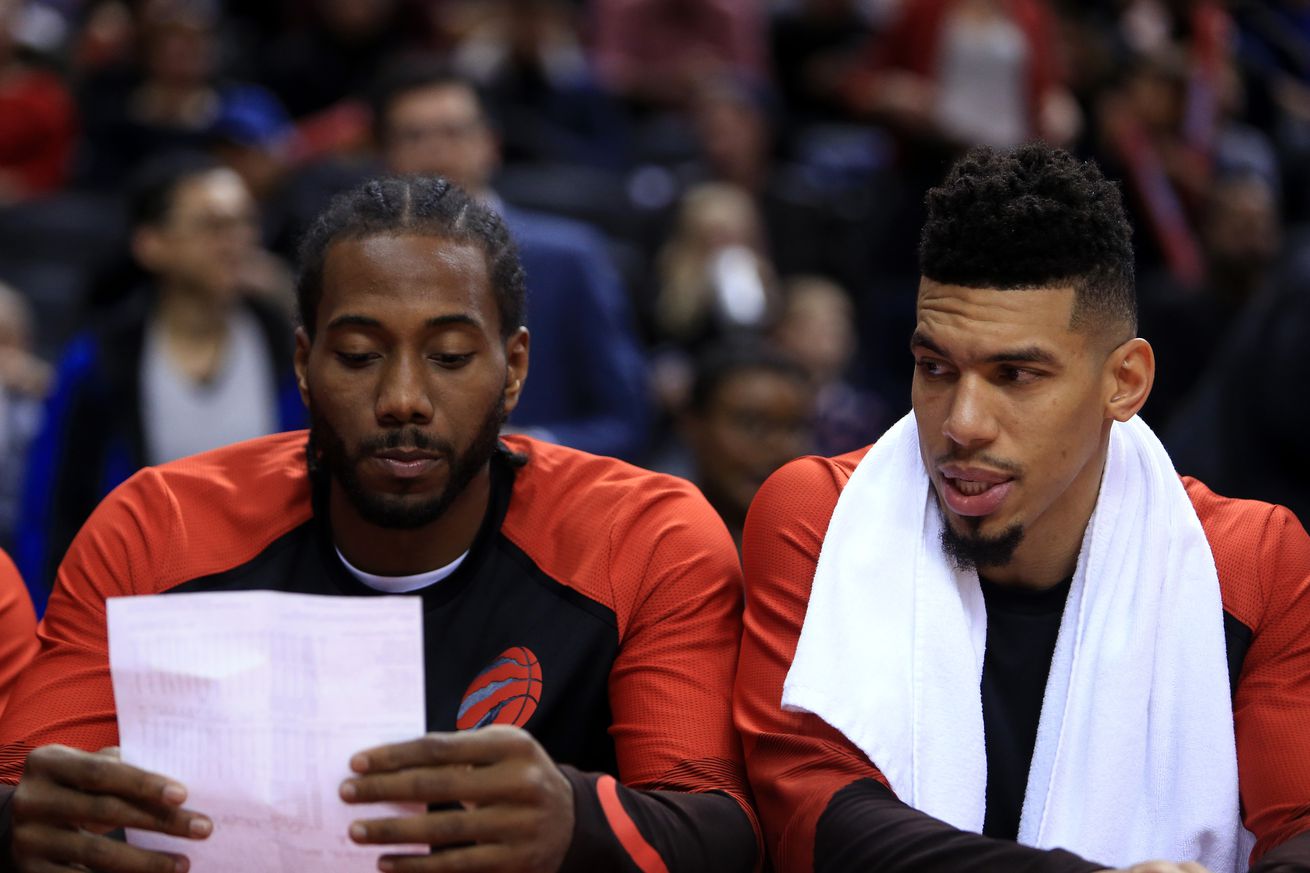 Sometimes even lowered expectations are too lofty.

Stop me if you’ve heard this one before.

Kawhi Leonard was listed as questionable before the game, but there was a general sense of optimism throughout the day that he would maybe make a go of it. Walking in to the arena, I fully expected to see him in uniform for some reason. This notion was based on nothing. Just a sort of wishful thinking that we became all too familiar with last year as every new “optimistic” update rolled in. Surely, tonight would be the night that I’d finally get to see Kawhi play basketball again.

I got to my seat and scanned across the players warming up with the hope of seeing that familiar figure methodically going through his pregame routine. I didn’t see him at first and, as the minutes wore on, my hope steadily started to dwindle.

He wasn’t going to play tonight. He wasn’t even in the building.

I knew that going to the Lakers–Raptors game on Sunday night had the potential to be painful. It was weird enough seeing Kawhi wearing red on TV, but seeing him in person was bound to be jarring. But it felt important to me. Everything about the dissolution of the Spurs as we knew them feels like it’s been a dream. Something where we could wake up from it at any moment and still see Timmy, Tony and Manu out there finessing some woefully undermanned team.

I craved the reality check of seeing Kawhi in person. There was no rational reason for it. It wasn’t going to make me feel better, but I hoped it might help me move on. I’d spent so much time swinging back and forth between being worried about him and mad at him that now I just wanted to get to a place where I felt nothing about him.

Last year, it always felt like if he would just get back out on the court, he would remember why he enjoyed playing for the Spurs in the first place. He learned how to shoot threes here. He learned how to win championships here. Shoot, the Spurs even taught him how to flummox members of media here. Now he was turning around and using our most prized weapon against us? How dare he. I wanted to yell at him, but I didn’t want to scare him away. I wanted him to come back, but then I wanted him to just leave already. Last year was exhausting. I’m guessing he didn’t love it either.

It seemed like Kawhi being absent from the Toronto lineup Sunday night would just end up being another fitting and frustrating chapter in the story. I wasn’t going to leave the Staples Center with closure, but I probably wasn’t going to anyway because, as it turns out, that’s not how emotions work.

What I did end up getting to see was a scattered collection of Raptors fans light up every time Danny Green drained a three. That was cool. I also watched the Lakers fans grow more and more exasperated as he tormented them on D. I was so busy steeling myself all day for how weird it would be to see Kawhi, I didn’t even consider how much fun it would be to see Danny again. There he was loping up and down the court on the hunt for transition layups he could pin to the backboard and picking Brandon Ingram’s pocket. At one point in the 1st quarter, the Raptors stretched their lead out to 31 points and he came over to the bench, flashed that big grin of his and sat down with his new teammates. He looked like he was at peace.

A lot of people have written eloquently about Kawhi in the aftermath of what went down last year. Right after initial trade request happened, our own Bruno Passos insightfully pointed out that Kawhi was never under any obligation to be who we wanted him to be. We projected the 2nd coming of Tim Duncan onto a kid in his twenties. Turns out he didn’t want that. That’s not his fault.

Kawhi was a great Spur. He built himself into a truly elite player in the league and, in the process, helped the Spurs continue as an elite franchise. He got better each season and brought a lot of joy into our lives. That 5th championship ring we’re all so proud of? There’s no universe where we win that without Kawhi, and I’ve decided to be eternally grateful to him for that. We can sit around and be mad that he didn’t want to play in San Antonio anymore or we can smile about that time in the Finals where he rose up and almost erased any living memory of Chris Anderson from human history. The latter seems more fun.

This season has actually been a delight so far. These new Spurs have managed to maintain those key Spursy principles of being steadfastly consistent, well prepared, and hard working. Popovich is still here, instilling in both the team and the fanbase a reliable sense of confidence. LaMarcus Aldridge is coming into his own as a leader, Patty Mills is continuing to morph into a full-on folk hero, and DeMar DeRozan has turned out to be an incredible player, person and story to rally behind. In fact, while I was off getting in my feelings at Staples, DeRozan was busy charging down the lane and adding another clip to his already amazing Spurs Highlight reel. On a local level, fans are as passionate as they’ve ever been. On a national level, people are as perplexed as always about how the Spurs manage to keep pulling this off. The Spurs are still the Spurs. Was that maybe what I was actually worried about this whole time?

I guess I’m still a little sad about how last season went down. It was ugly and it was weird and, at the end of the day, both sides looked bad. It felt like the Spurs that we knew were falling apart in front of us, and there was nothing we could do to stop it. But that wasn’t really the case, was it? Kawhi leaving doesn’t erase the glory of the Duncan-era Spurs any more than Duncan leaving does. Those banners are still in the rafters and those memories are still in our hearts.

One night of watching Kawhi in Los Angeles was never going to change anything, I think I just would’ve liked to have seen him play again. He was fun to watch.