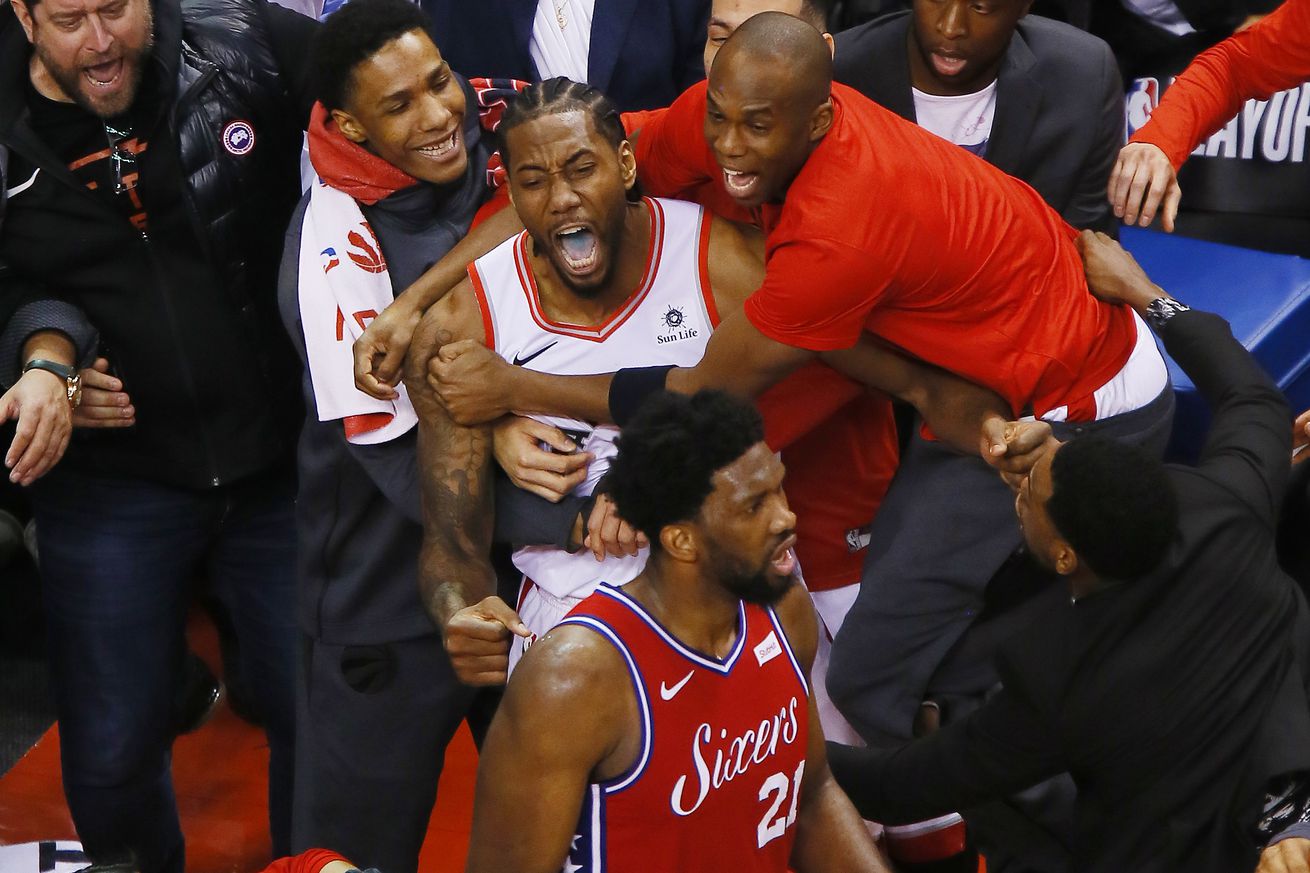 Will Spurs fans respect the game of it’s defector, or will they cheer on his rival?

Love him or hate him, Kawhi Leonard has carried the Toronto Raptors single-handedly into the Easter Conference Finals. Whether there is enough gas in the tank to push through remains to be seen, but the Philadelphia 76ers ended their season tied with 4.2 seconds remaining in Game 7, only to have it slip away on a four-bounce buzzer-beater by the only player that could have pulled it off for the Canadian team.

What is sure to become the Mother’s Day Miracle or miracle de la fête des mères, the Raptors, who started the season by stealing two former NBA Champions from a formidable contender, have now stolen a trip to the Eastern Conference Finals from The Process.

Love him or hate him…his talent is undeniable. Fortunately for the Bucks, he may be the only player they need worry about.

Will the force that is Kawhi Leonard be enough to take the Raptors to the NBA Finals? Or will the presumptive MVP Giannis Antetokounmpo and the Milwaukee Bucks complete the mission they have set into motion?

And just how many games do think this series will go?

A shot to rival the Spurs’ “Memorial Day Miracle”
Source: Pounding The Rock