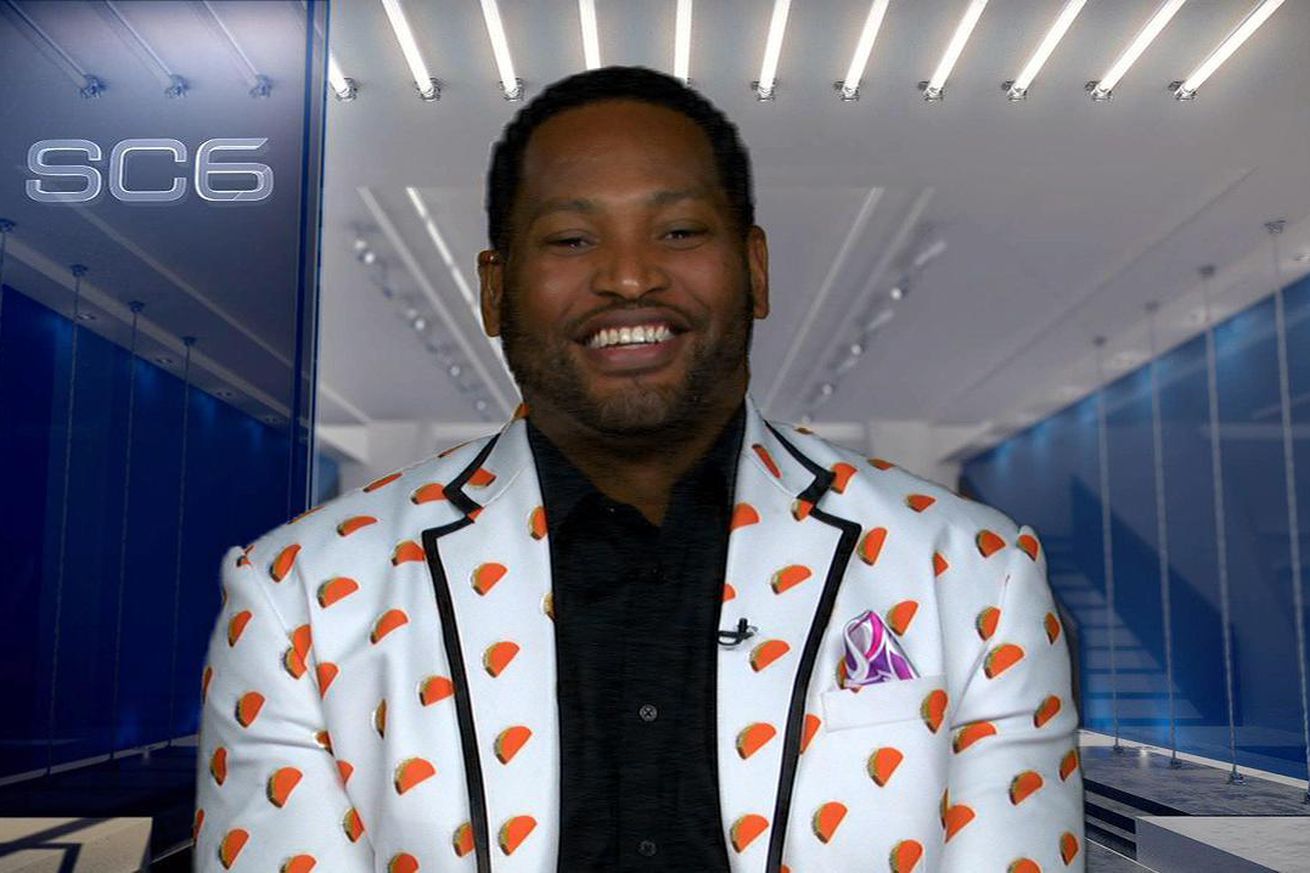 Let’s get the facts straight after a former Spur let loose with some Horry-bull opinions, emphasis on the “bull.”

I started ranting yesterday and couldn’t stop, so here’s part two of my personal end-of-the-season gripe session. This is a rebuttal to Robert Horry, who appeared as a guest on ESPN’s The Jump the other day and made some controversial assertions about Tim Duncan and Manu Ginobili.

“When we played San Antonio one time and Tim was killing me in the block, Phil refused to double-team Tim to get the ball out of his hands,” Horry said. “And Dream was 20 times better than Tim Duncan.”

“Let me just say this: You got yours because, if Manu Ginobili would have did the things he was supposed to do, I would have had like 10 championships.

This, to me, is unconscionable. If we’re just supposed to be cool with Spurs speaking ill of one another now then the team might as well go ahead and sign Chris Paul. Unlike Horry, I’ve never been a Spur, and the odds are I never will be (no matter how many highlight tapes I send R.C. Buford) so I can berate Big Shot Blob all I want. Heck, the first story I ever wrote for PtR was about how the notion of Horry being a Hall-of-Famer is preposterous, so I feel like I’ve come full circle with this.

If you’re confused by Horry’s rationale for declaring Olajuwon “20 times better” than Duncan, then join the club. Horry’s basing his assessment on the fact that Phil Jackson had some defensive strategy “this one time?” Or because Olajuwon was a marginally better free-throw shooter (this anecdote is no doubt colored by Duncan’s slump at the line during the 2004-05 playoffs). Or because Olajuwon supposedly tried harder in practice? I’m not sure what any of those things have to do with making one player even incrementally better — let alone 20 times.

I’m pretty sure I can shoot free-throws better than DeAndre Jordan. It doesn’t make me the better basketball player. And I’d practice harder than Allen Iverson if you paid me enough. It won’t amount to much during a real game, though.

Whatever. Horry is entitled to his opinion. After all, he had a great view of both Olajuwon and Duncan watching them work while stationed 30 feet away from the action despite being 6’11. My real ire (of course) is for the unprovoked attack of Ginobili.

Horry finished his career with seven rings. I took my SDSU education seriously enough to know that 10 – 7 = 3, so I guess he’s saying Ginobili cost him three rings, since they were teammates from 2004-08?

2006, I understand. It’s dumb as hell, blaming Ginobili for losing Game 7 of the semifinal series against Dallas because of his “and-1” foul on Dirk Nowitzki late in regulation when the Spurs had a three-point lead. But it’s a common refrain and Gregg Popovich even used it as a rallying cry the following year, much like he kept blaming Danny Green for not sticking with LeBron James on defense in the waning moments of Game 6 of the 2013 Finals (when, following a James three-point miss, Green leaked out in transition, looking for a cheap breakaway layup after what he assumed would be a defensive board).

What Horry seems to have forgotten was that it was Ginobili who had given the Spurs that three-point lead moments before, that he had been terrific in the fourth quarter of that Game 7 up to that fateful foul and that he was the main reason the Spurs won Game 6 at Dallas to even get the series back to San Antonio for a Game 7. In fact, that Mavs series was one of the best of Ginobili’s career, if not the best.

Okay, but what about the other two? 2003-04 wasn’t Ginobili’s fault unless it was his job to wake up the timekeeper. What does Horry wish he’d done here?

You know who Gregg Popovich had on the court for the final play? Devin Brown. You know who he didn’t have on the floor? Bruce Bowen. Thankfully he learned his lesson and it’d be the last time he ever benched one of his best defensive players in a crucial defensive possession of a playoff game. (Ahem.)

Just for kicks, let’s look at the composite box score for that series, to see how the Spurs did.

Wow, look at that. It turns out Ginobili, then in his second season, was pretty good. Horry, a big free agent addition to the squad, shot 4-of-17 vs. his old club.

Then there’s 2007-08, where I guess Horry is blaming Ginobili for injuring his ankle? And then assuming they’d have upset the Celtics if he was healthy? All perfectly logical positions to have, I’m sure. Horry’s contribution against the Lakers was an 0-for-9 in 53 minutes over the five games.

Look, ex-athletes say plenty of dumb things in front of the camera. Horry’s not the first and he won’t be the last. But my guess is that he’s got some biases based on the way his last few seasons as a Spur went. Popovich didn’t play him as much as Horry may have liked during his final three seasons (Horry played nine minutes in that aforementioned Game 7 vs. Dallas in a game that went to overtime) and he was a spot player at best by 2008. The Spurs got Horry at the end of his career while the Rockets got him at the beginning and the Lakers got him at his peak. His personal experiences were different and those certainly shaped his views. He also played with peak Olajuwon whereas Duncan was only an opponent to him during his peak (1999-2003).

The bottom line is that we always want coaches and athletes to be candid and to tell us what they really feel. That doesn’t mean, however, that everything they have to say will be factual or intelligent. I will always appreciate Horry’s contributions to the Spurs, particularly in 2004-05, but I don’t imagine I’ll respect much of what he has to say about basketball going forward.