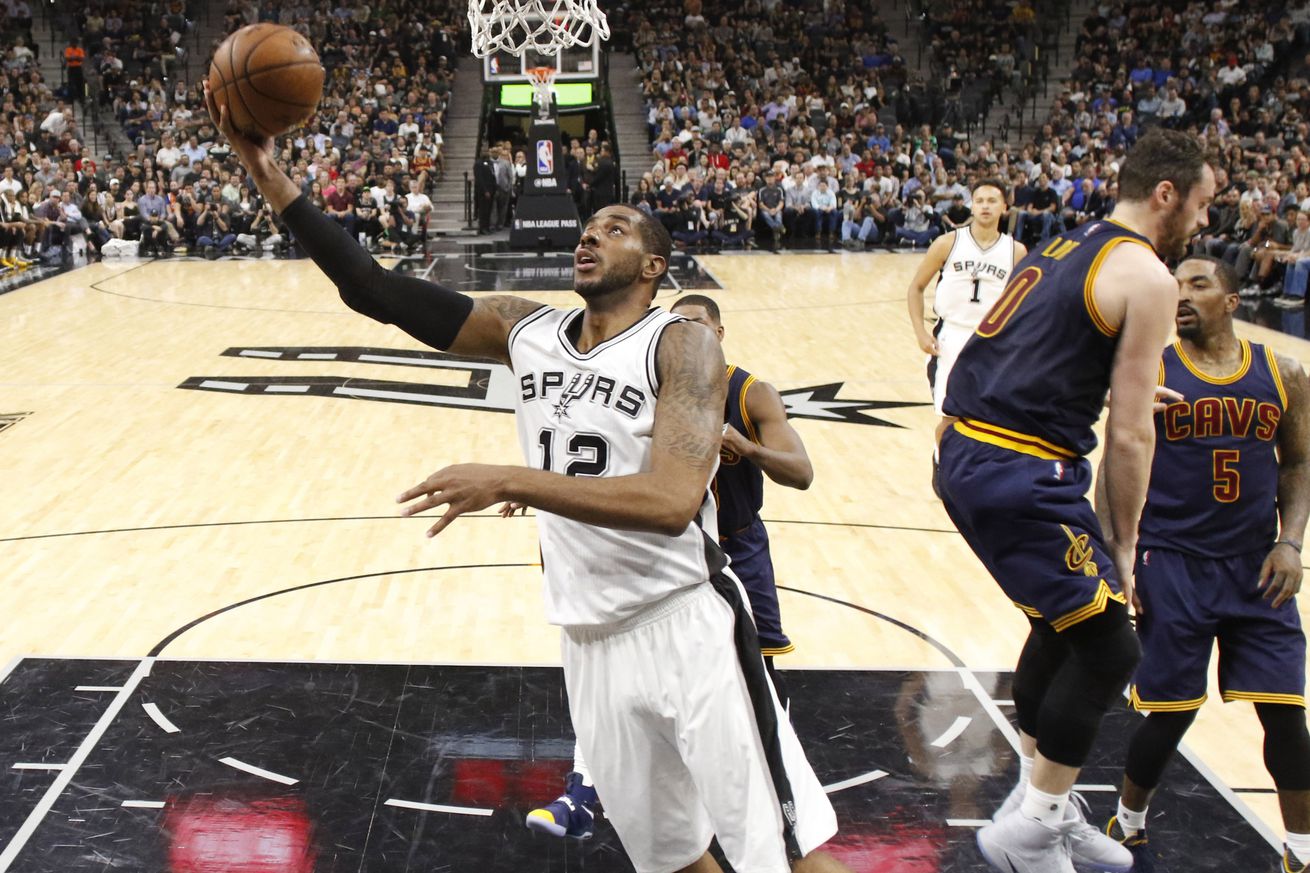 Here’s some links to hold you over until that 8:30 tip-off.

Before missing a couple of games with heart arrhythmia, LaMarcus Aldridge had been having a solid if unspectacular year. Since then, he has looked much more energized and aggressive on the floor. Mike Monroe over at Bleacher Report talks about how more than just Aldridge’s numbers have improved for the better since he returned with a new outlook.

More than just an extra body

Forget his salary (which isn’t as bad as you think…or even bad at all); with a new twist to his game, Pau Gasol has given the Spurs more than they bargained for when they signed him this summer to replace some of what they were losing when Tim Duncan retired. His willingness to come off the bench hasn’t hurt, either.

Speaking of the bench…

Jared Johnson at Fan Rag Sports sees the Spurs’ bench success as both a blessing and curse. His argument: it’s good to have so many players to rely on, but not so great when you rely heavily on depth and don’t have a definite go-to line-up for both ends of the court when the game is on the line against the best of the best.

ESPN’s “forecast panel” (not sure what that is) is taking the time to rank each teams’ front office on a scale of 1-10 based on its “guidance and leadership in terms of how it affects overall on-court success, both in the short and long term”. They did this by ranking the head coaches, presidents and GM’s, and owners, then averaging them together. Betcha can’t guess who came in first! (So far they have released a breakdown of the head coaching ratings, team presidents and GM’s will come out tomorrow, followed by owners on Friday, so be sure to check back for each.)

It was just a glitch

Remember not too long ago when an odd stat came out saying the Spurs local broadcast ratings had dropped by a whopping 43 percent from last year, and all these conspiracies about why started coming out? Well, it turns out none of that ever happened. The ratings drop was actually a technical error caused by a faulty decoder at Fox Sports Southwest (that apparently only affected the Spurs and not the 20+ other teams the network covers), and their local ratings are actually second in the league behind only Golden State.