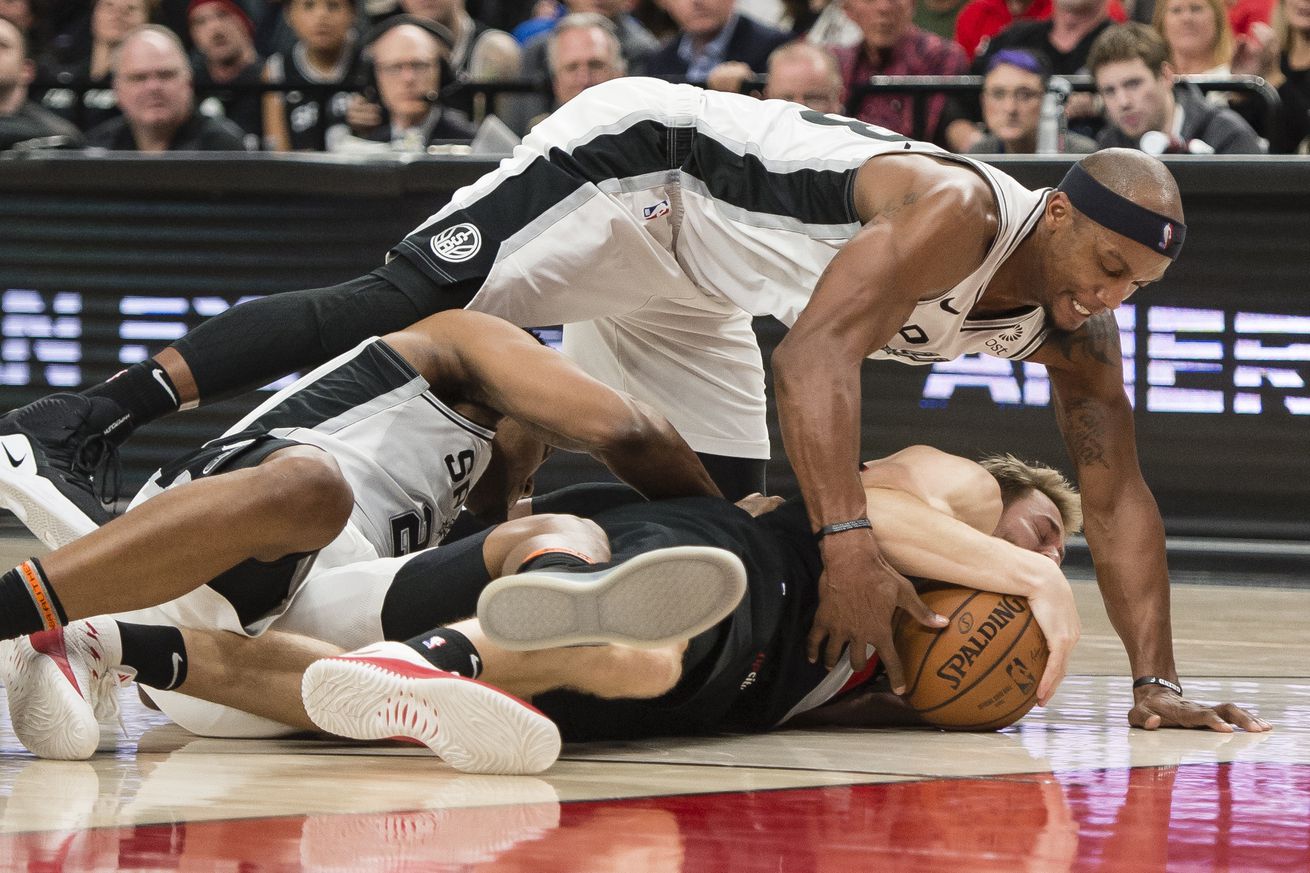 Cunningham worked his way into the starting lineup early in the season but ultimately ended up out of the rotation altogether.

Similar to Quincy Pondexter, Dante Cunningham was signed by the San Antonio Spurs in the offseason to try and fill a massive sized hole at the wing position. Unlike Pondexter, there was some level of expectation that came with the signing of Cunningham. He had been averaging close to 24 minutes a game over the past five seasons, with close to 150 starts during that time span. He wasn’t a fancy player, but he had good length on the wing and had added a three point shot to his arsenal. He had also been at least an average defender at the SF position most of these seasons.

Also unlike Pondexter, Cunningham was signed for slightly higher than the veteran minimum, suggesting that he may of had other offers that the Spurs needed to beat.

Cunningham ended up starting 21 games for the Spurs during the regular season, but with little success coming from his time on the court, Pop eventually removed him from the rotation altogether.

Cunningham had one of the more efficient seasons of his career, scoring three points a game on 47.5/46.2/77.8 percent shooting. His 30 three pointers on 65 attempts was fantastic, but he didn’t have the ability to create for himself or others. He also didn’t have the knowledge of the Spurs’ system or the talent to overcome the lack of knowledge. This put him in a position to where his only real asset was shared by several other players on the roster who brought other things to the court that he did not.

Cunningham was likely brought in for his perceived defensive abilities, but his defensive rating of 111 was the worst of all the players on the Spurs’ roster. When you see numbers like this, it makes it unsurprising that Cunningham eventually found himself out of the rotation.

The Spurs already have 11 players with guaranteed contracts. Add in the Spurs’ two 1st round draft picks and hopefully Rudy Gay, and it seems unlikely that the Spurs will look to bring Cunningham back into the fold. My guess would be that the Spurs look to upgrade their lack of depth at the wing by using the Non-Taxpayer MLE or by trading some of their redundancy in shooting for a more defensive-minded player. I don’t think Cunningham should have much of an issue signing with another team for the veteran minimum next season.

Revenge games are always the best. Early in the season, Cunningham dropped 19 points, seven rebounds, and three assists against his former team the New Orleans Pelicans. He went 5-5 from distance during that game. It still wasn’t enough to give the Spurs a victory, as the Pelicans scored 140 points in regulation.

The Spurs lost Kawhi Leonard, Danny Green, and Kyle Anderson in the offseason, so Cunningham was likely brought in to try and fill in some of the defensive gap left behind by those players. Fair or not — he had only been average at best on defensive the past couple seasons — Cunningham did not live up to these expectations, even if those expectations were only in my head. He did provide more floor spacing than had been expected coming into the season, but his capable shooting was not enough to keep him in the rotation the second half of the season. He seems to be an extremely nice person and was a very good teammate, even as he saw his minutes reduce as the season progressed. Being a good teammate even when things aren’t going your way is very important from a team chemistry standpoint.