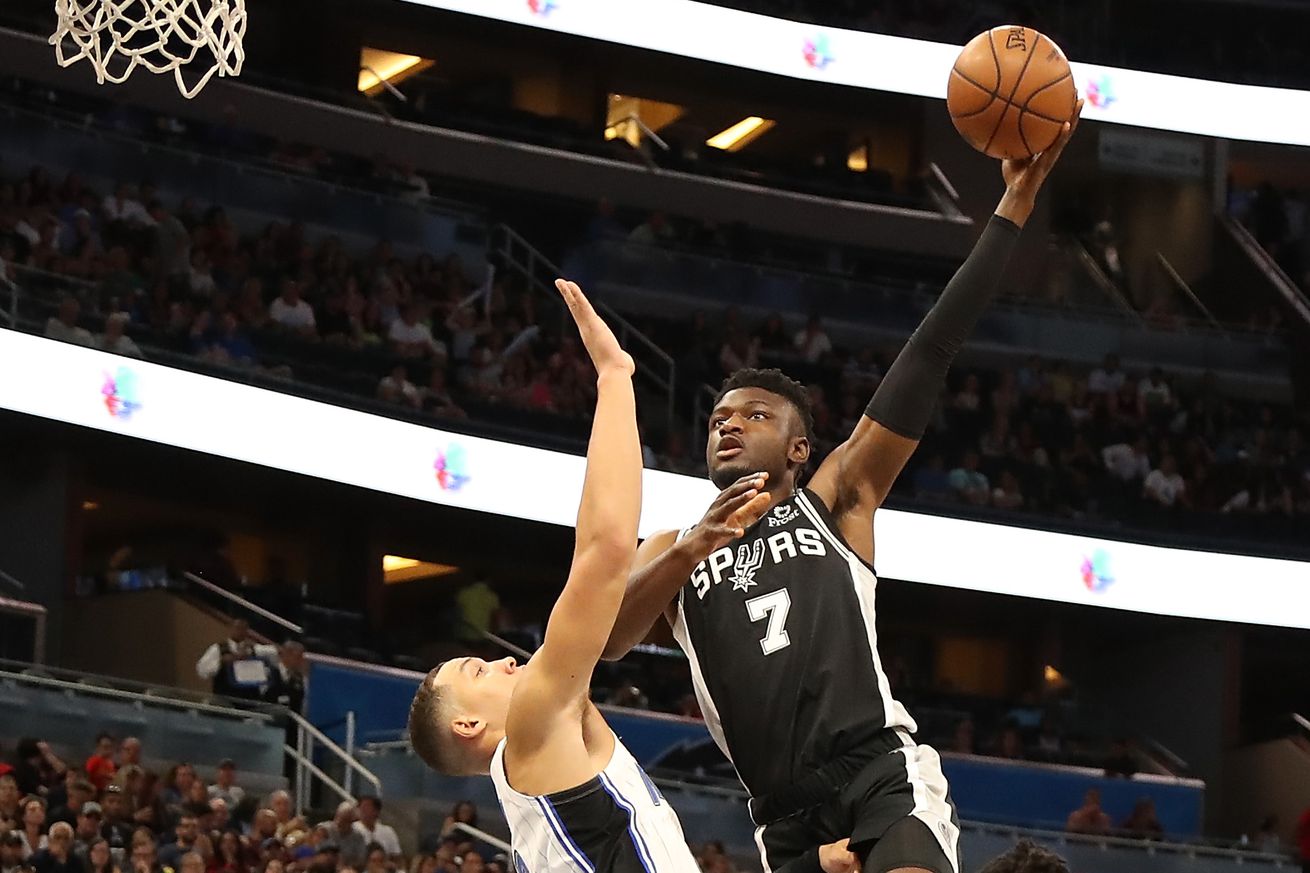 The Spurs’ 2018 2nd round draft pick spent the majority of the season playing in the G-League for the Austin Spurs.

Welcome to the 2018-19 season player reviews, where we will be rehashing the performance of 13 Spurs from this season (excluding Dejounte Murray, Pau Gasol, Donatas Motiejunas, and two-way players Drew Eubanks and Ben Moore) and looking towards the future. Kicking off the series is Chimezie Metu.

Selected 49th overall by the San Antonio Spurs in the 2018 NBA Draft, Metu signed a three year deal with the Spurs on August 30, 2018. As expected, Metu spent the majority of the 2018-2019 season playing for the Austin Spurs of the G-League.

Metu only appeared in 29 games for the San Antonio Spurs this season, with the majority of those minutes coming in garbage time. Because making judgements off such a small sample size is difficult, this article will grade him based on both his time in the NBA and G-League.

Metu has the makings of a prototypical modern big. He can handle the ball and create plays for others, his jumper looks relatively smooth, and he has the ability to defend on the perimeter. Most of that is hypothetical at this point, as his potential has yet to translate on the court.

Offensively, Metu did the majority of his damage from inside the restricted area, where he shot a fantastic 70.8% on 106 shots in the G-League. He was only 41.2% from the restricted area in the NBA, but that was over a small sample size of 17 shots. He showed the ability to get above the rim when necessary but also has the fundamentals to play from below the rim. He doesn’t yet have the size to back down opponents, so he prefers to face up and use shot fakes and jukes to get past his opponent from the post. From there he has a good pop-a-shot and right-handed hook shot. He also loves to pull up from just inside the free throw line.

Defensively is where Metu has the most promise, but even that didn’t translate last season. He averaged 1.7 blocks in the G-League, but opponents shot a high percentage from all areas of the floor with him as the primary defender.

Metu is a work-in-progress. He has the requisite skillset but is going to need to become more consistent on both sides of the ball before he makes the jump to the NBA. His contract is guaranteed next season, but I expect him to continue spending the majority of his time in the G-League.

His NBA grade would definitely be an Incomplete, but his time in the G-League was not great, even as a rookie. Derrick White’s play in the G-League last year hinted at a player who was too good for the G-League and was ready to make the leap to the NBA. The fact that Metu was constantly outplayed by both Drew Eubanks and Ben Moore does not help his cause. Both players play a similar position and are a similar age as Metu, and both were signed to two-way contracts. The Spurs signed Metu to an NBA contract, so his expectations are higher than those two players. If Metu does not show improvement in nearly all facets of his game next season, the Spurs will likely move on from him sooner rather than later.